Henry Nwaru is an actor that hails from New Rochelle, New York in Westchester county. Henry had always had a passion for being an entertainer, but acting is where he feels most at home. His first play was at a sleep away camp during elementary school years, and from there he was hooked. He studied theater throughout middle school and high school, having been in several of his schools productions. Once he was admitted to Brooklyn College, he tried studying engineering while only acting outside of school. His appetite to act was not satisfied, so he decided to pursue acting in school. Henry has now completed his first year in the BFA-Acting program. He is committed to grasping everything that the program has to offer, and learning from many different sources to create his own personal acting style. 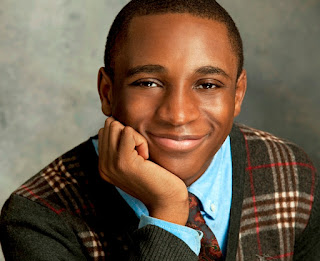 Posted by Rose Burnett Bonczek at 15:11